Winning the Battle Against Inflation!

Bank of Canada Raises Their Lending Rate a Whole 1%

The Bank of Canada makes their biggest move yet to curb the rising tide.

The governments took a pre-emptive step today against rising inflation and rose their lending rate higher than most economists projected. Our opinion is that we may see rates continuing to increase for another year and start relaxing in 2023. In the meantime downward pressures in the  housing market will help tame the bidding wars of 2021.

Winning the Battle Against Inflation

The Bank of Canada today, July 12, 2022, raised it’s rate a full percent, exceeding the expectation of most economists. This brings the Prime Rate to ¾% above where the rate was pre-COVID. This larger than expected JOLT is designed to nip inflation in the bud. Will it work?

Inflation is persisting more than the bank’s policymakers forecast. “Surveys indicate more consumers and businesses are expecting inflation to be higher for longer, raising the risk that elevated inflation becomes entrenched in price- and wage-setting”

This may mean that we will see some wage increases to close the inflation gap as the change of higher prices becoming entrenched.

With low levels of unemployment, we are already seeing upward pressure on wages, particularly for new hires in certain industries.

Inflation is expected to continue to hover around the 8% mark for the coming months but should lower toward 3% by the end of the year, and landing near the 2% target in late 2023.. As long as we see month over month inflation calm down, once we are a year into this, the year over year inflation will be closer to on target.

Global inflation is also elevated, indicating that this isn’t a “made in Canada” problem.

So, for now, the Bank of Canada decided to front-load the path to higher interest rates. This wording suggests that while future rate increases are clearly on the table, we can expect them to be smaller increases. The total expected increase, after today’s announcement, is half to 1% higher by the end of the year.

What does this mean to you?

If you are looking to qualify for a mortgage now, it does mean that for the first time in all of the recent increases, the amount you will qualify to borrow is now reduced a bit. This is because of the stress test requirement. We have to use a rate that is at least 2% above your rate, or 5.25%. Whichever is higher. So now that new variable rate mortgages are coming in at 3.8%, we have to run the stress test at 5.8% starting today.

If you were fortunate enough to get a fixed rate in 2021 or earlier, nothing changes until the end of your term.

If you already have a variable rate mortgage, like most borrowers have chosen in the last 6 months and like I did personally just this month, a 1% increase to the rate means about a $50 per month increase per $100,000 to your payment if you have a variable rate mortgage. A further 1% increase over the rest of the year will still leave you with a lower payment and interest rate than most new 5-year fixed mortgages today.

That said – if a 5-year fixed rate interests you, we have two options at 4.5% we can look at if you are interested. Other lenders are all above 5%.

The Bank of Canada governor Tiff Macklem and his team estimates the “neutral” rate — a theoretical setting at which the central bank’s benchmark rate neither helps nor hinders economic growth — is between two per cent and three per cent. The policy rate is now in that zone, but policymakers made clear they aren’t finished.

The bank says it will likely have to push the benchmark rate above three per cent to get inflation under control. But this wont be permanent! Most economists are expecting that once the rate settles, it will stick around for about a year. If we see some recession, that may change and be shorter. Only time will tell.

Just last week RBC predicted a moderate recession in 2023 with increased unemployment as a result of higher interset rates. In June, Bank of Canada governor Tiff Macklem told reporters that “The economy can handle — indeed needs — higher interest rates,” stating that its “goal is for a soft economic landing with inflation coming back to the two per cent mark.”

So – my main takeaway is this. While rates are elevated, and we are seeing downward pressure on real estate, now just may be the time to get yourself into the market if you can handle some payment fluctuation before rates start to drop in a year or two. It is always easier to get a great deal on a home when you are not competing with other buyers, and a bit higher interest rate for a year or two will end up costing far less than a bidding war!

As always, my team is here and ready to help! Please use the link or the form below this video to reach out to us and we can customize our advice to your specific situation. 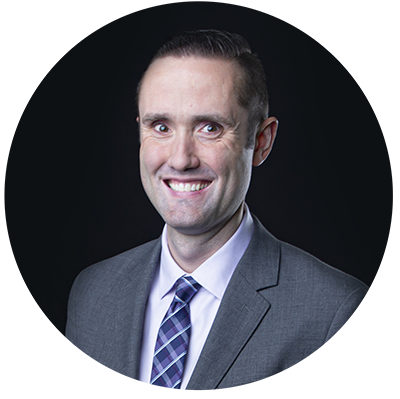